Baze.com is a personalized supplement startup that recently began shipping a consumer, at-home blood testing kit. I ordered one last month during a $69 sale, and received my results today as promised, five business days after I mailed my blood sample.

The sampling process was easy and I’ll write in more detail later, but basically they give you a special device that you press against your thigh for a few minutes, long enough for it to grab a tiny amount of blood, which you mail back to their lab for analysis. 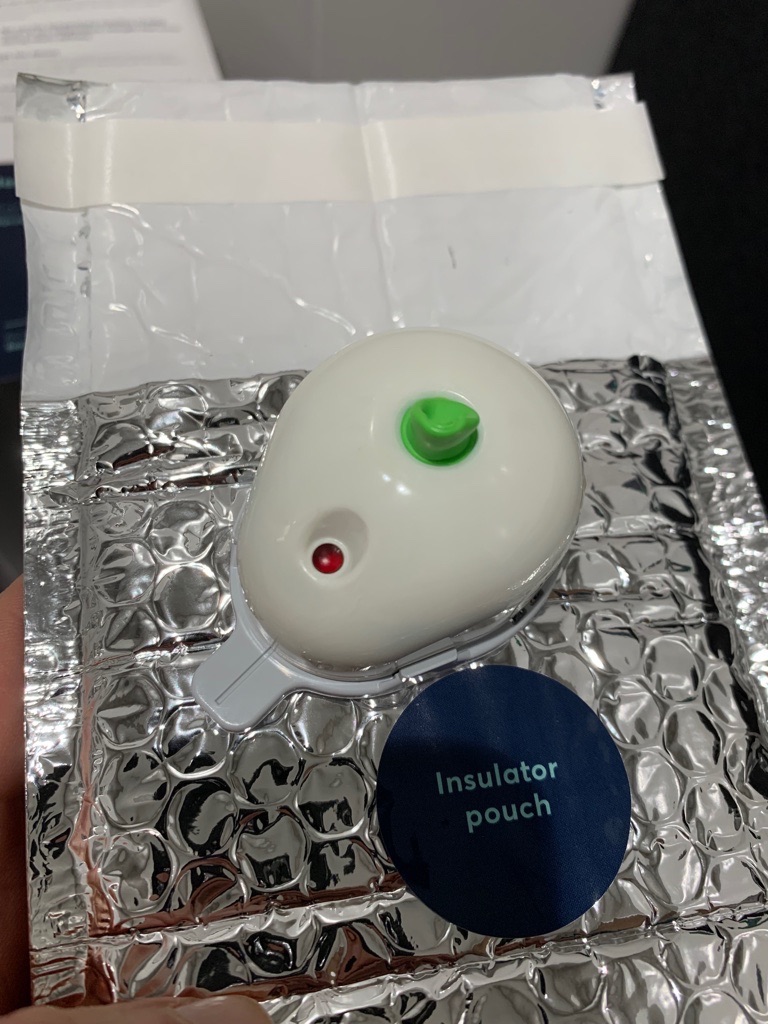 I’ll write much more later after I’ve done more analysis, but here are my first impressions. 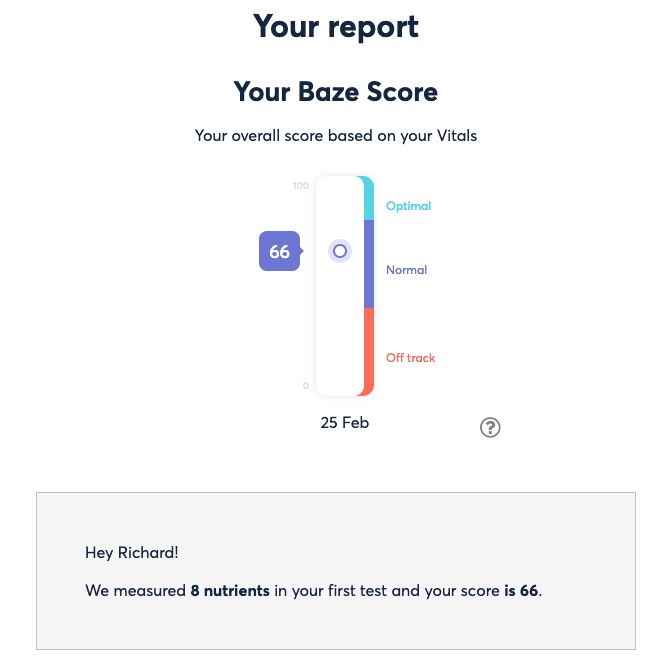 Here are the specific biomarkers they measured:

(Low/High are the ranges they say are optimal)

Although I submitted an extensive blood panel to LabCorp at the same time, the two tests measure different markers, so I’m unable to tell anything about accuracy. 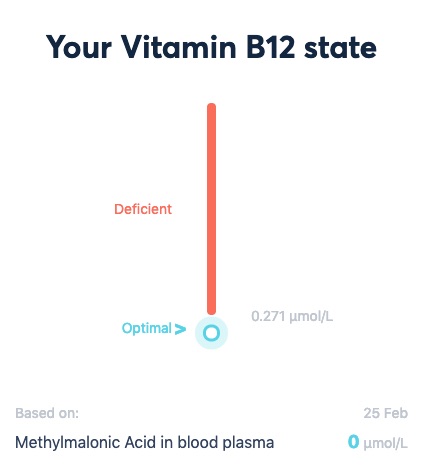 My LabCorp results don’t indicate B12 levels, but I do have several tests from a year ago thanks to InsideTracker.

My most recent B12 test, from May 2018, showed my Vitamin B12 was 350 pg/mL, which according to this calculator is about 258.3 pmol/L. A “Picomole” is one trillionth (E-9), and a micro is one millionth (E-6), so we can move the decimal place three places to the right to get a comparative value of 0.258, which would be around the level in the “optimal” chart above. I have several InsideTracker B12 tests from last year, ranging from 0.192 to 0.3 µmol/L. By this logic, one of those tests would have shown “deficient” but the others “optimal”. In other words, generally in line with the Baze results.

The month’s supply of custom supplements that I bought with my $69 test arrived quickly after I received my test results, and I’ll do a more thorough writeup as I run my experiments after trying them.

Meanwhile I’m pretty happy that the experience so far has worked as promised.

Update (2019-04-01) I’ve updated this post to reflect new information from Baze customer support. Turns out my original skepticism about the results was based on my using incorrect units. The current post should be correct.