Over a year ago, I received a mushroom-growing kit as a gift. Since I often find that novelties like this can require time and attention to detail that I didn’t have, I kept putting it off until finally last week I decided enough was enough. The thing was causing unnecessary clutter in my life, so I thought I’ll just throw it out. But before tossing it, why not at least open it up and see what happens.

The kit is a cream-colored log-shaped object encased in a plastic bag. The instructions say it needs an environment where the temperature varies by about ten degrees through the course of a day, and it must be not be in direct sunlight. Springtime in the Northwest certainly meets that requirement, so I cut off the top of the plastic wrapping with a scissors, hand-sprinkled a little water on it, and set it outside under our front doorstep. That’s it.

I forgot about it until a week later my son happened to be under the steps again and noticed that the thing was covered in mushrooms! The mushrooms share a single root, so I simply grabbed the base and pulled out the entire flush, and then separated them into smaller strips. A little olive oil, pinch of salt, a couple teaspoons of sugar and soy sauce and five minutes later we were eating enough mushrooms for our family of four. 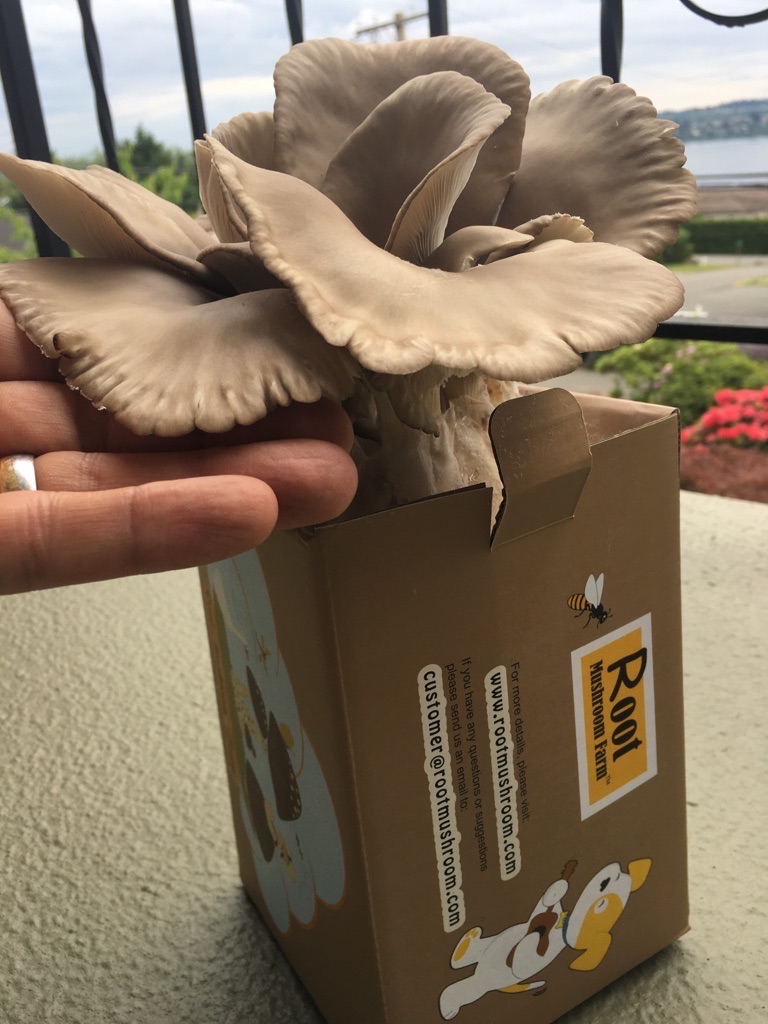 I can’t believe how easy this was. The instructions say that I’ll get multiple flushes if I continue to feed the log. I haven’t tried that yet, but even if I don’t, that one single meal was maybe a pound of fresh, organic mushrooms that at a farmers market probably would have cost me close to the $30 price of the kit itself.