Some UC-Berkeley students published the results of a clinical trial of the meal replacement drink Soylent, finding that the Bacteroidetes/Firmicutes ratio changes significantly in people who drink Soylent versus those who don’t.

Interestingly, Looking back through my daily microbiome samples to see which dates I tried Soylent, I got this: 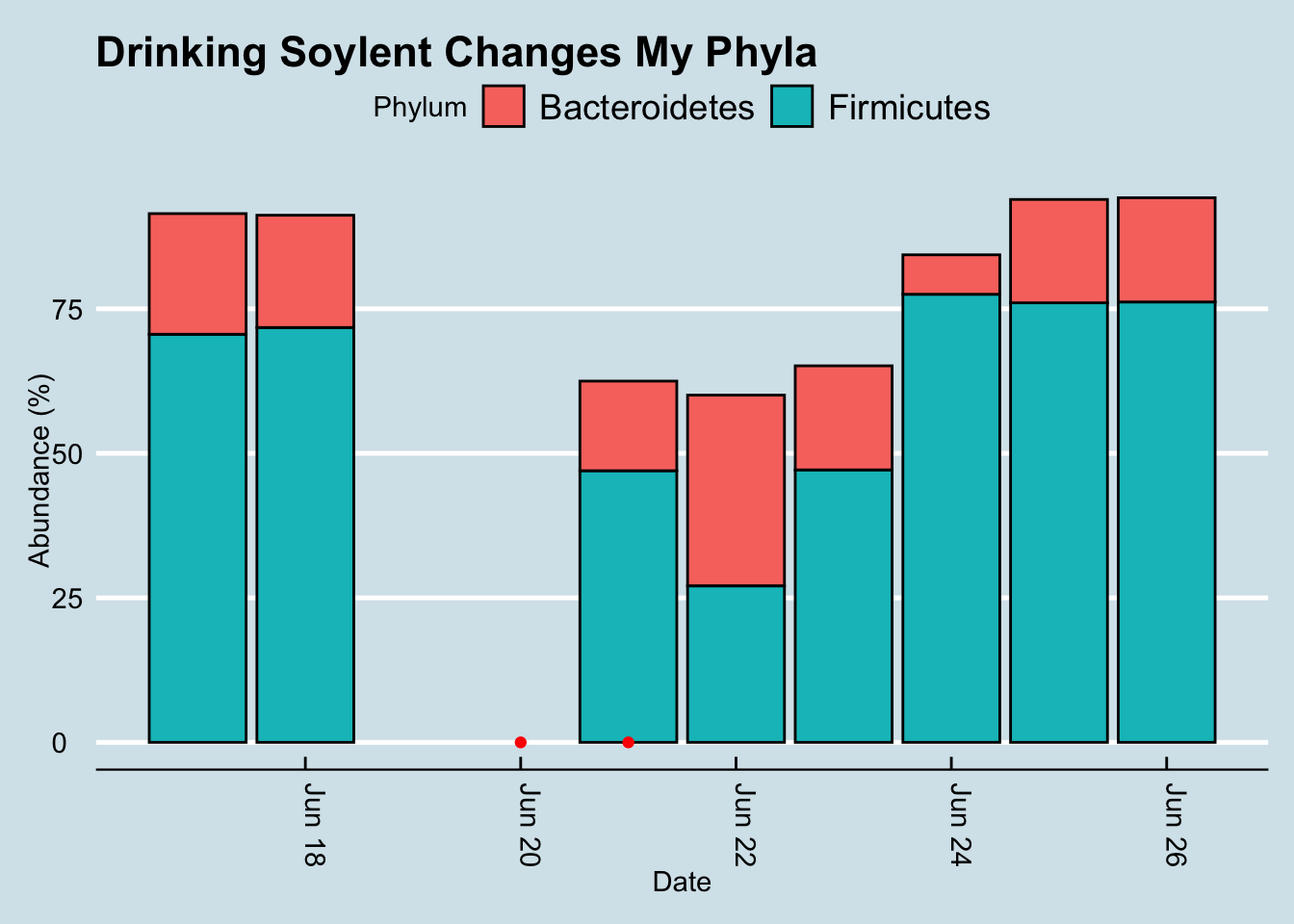 The red dots are dates when I drank Soylent.1 Unfortunately, the samples failed on two of the dates in this chart, so I’m unable to see how my gut microbiome looked immediately before taking the Soylent, but still, isn’t it strange that my F/B ratio was reasonably stable until then?

This is by no means a confirmation of the results of their experiment, since mine was just an ad hoc test for two days among many other types of food-eating and tests that I regularly conduct on myself. That said, it is odd that I find a significant shift in that ratio, in the same direction as in their published trial.

The trial is written up in much more detail on the Mycrobes site of the student group that did the experiment. There is also a lively Reddit discussion.

Incidentally, the study authors didn’t use the standard uBiome bioinformatics pipeline (like I did), choosing instead to build their data from the raw FASTQ files returned from the uBiome 16S sequencing lab. That would normally make a significant difference in the results, so compare my data points with caution. Still….

UPDATE One of the study authors, Ryan Hsu, asked me about my Bacteroidetes/Firmicutes ratio over a longer period. Here it is, with the red lines indicating the two days I drank Soylent: 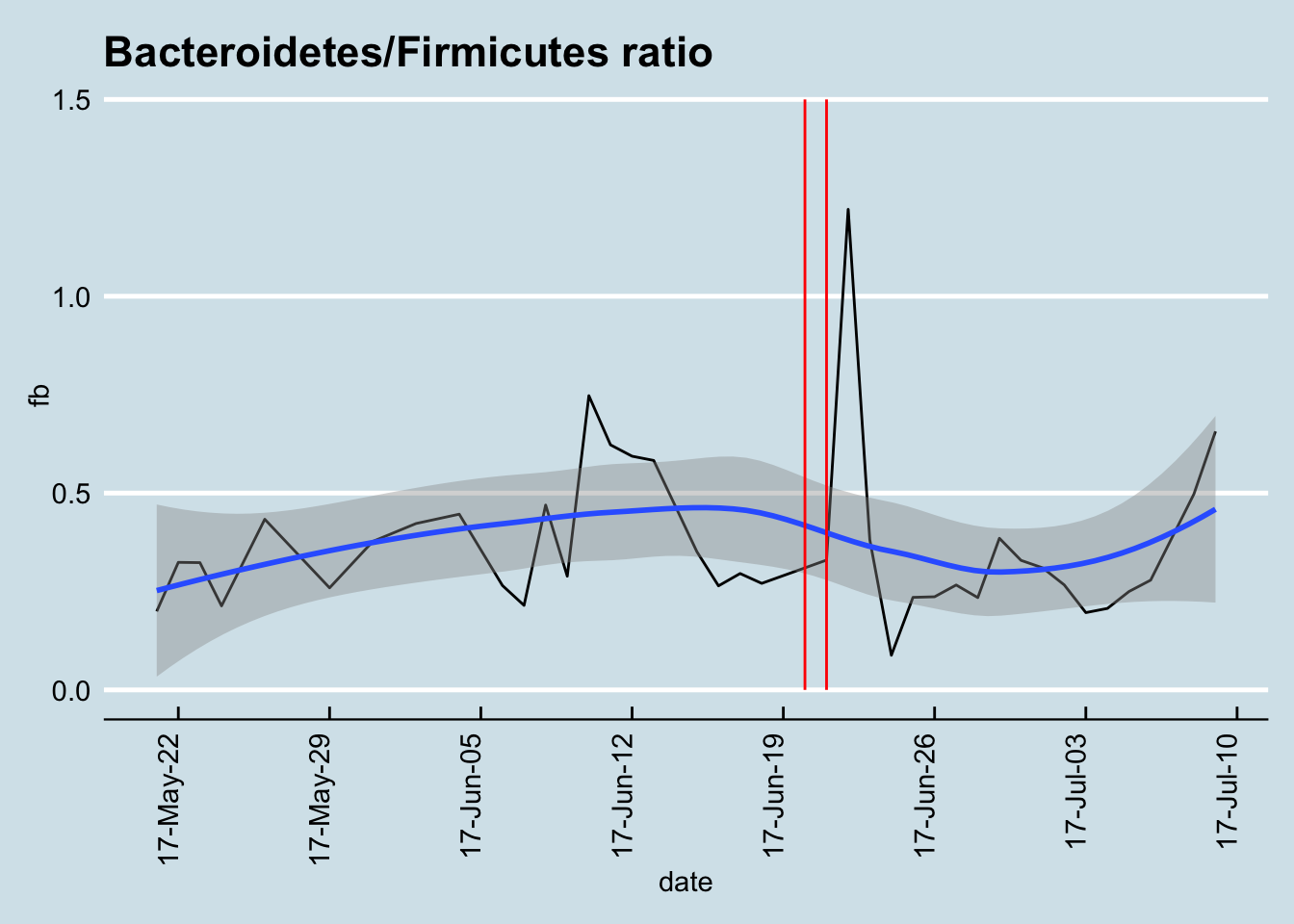 That bounce right after the Soylent seems to be significant, and likely caused by more than just random fluctuation.