Japanese people are able to digest sushi better than other people thanks to enzymes in Bacteroides plebeius, a bacterium that was first discovered in 2005 and later found to be common in Japanese guts. The 2010 paper in Naturethat analyzed this could find no non-Japanese who harbored it, providing some speculation that the microbe has co-evolved with Japanese people, perhaps over thousands of years, to let them digest carbohydrates present in the nori seaweed that wraps the sushi.

Well, I appear to be an exception, according to my uBiome results. I don’t have any Japanese ancestry, but I dohave a ton of B. plebeius, an incredible 16% of all the species identified in my October sample. (uBiome was only able to identify about 65% of the species present, so 16% is quite high).

This doesn’t seem to be a fluke in the uBiome data. After seeing my ubiome analysis tools, many people have sent me their own uBiome results, but of the dozen or so I’ve analyzed, none of them (all North Americans, like me) have any B. plebeius. If the uBiome test didn’t accurately identify this species, I’d expect at least someof these other users to find in it in their guts too. Nope, I appear to be unique.

The obvious answer is that I picked it up sometime during the ten years I lived in Tokyo during the 1980s and 90s. I love eating new things, and I certainly ate my share of raw konbu and other types of seaweed. Guess I must have brought home more than just the memories of good meals.

I don’t eat nearly as much sushi and seaweed as I used to, though my kids and I enjoy good, high-quality Japanese koshihikari rice a few times each week, often wrapped with toasted nori. That’s probably not as good for my plebeiusas the raw stuff, and come to think of it, my latest February uBIome results show much lower amounts: down to less than 1%.

Okay, I know what’s on my shopping list the next time I’m at a Japanese grocery. 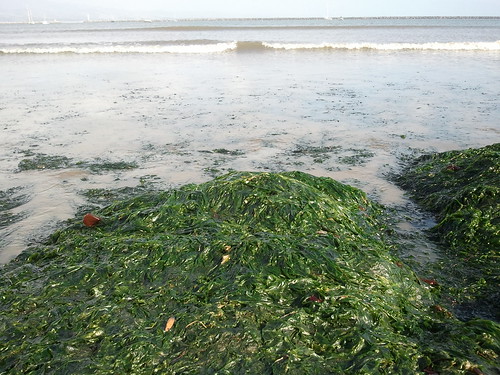