Since writing my reviews of microbiome testing companies DayTwo and Viome, both companies have introduced major changes in the way they report results.

This week Viome made its biggest changes yet, with major differences in my personalized food recommendations. 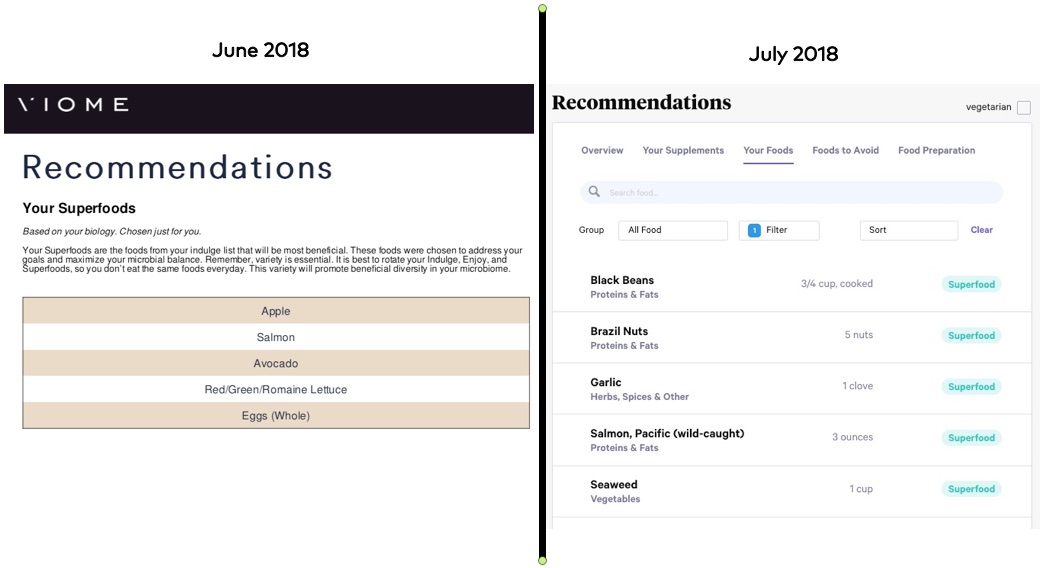 Lettuce used to be a superfood for me. Now it’s merely “Enjoy”. The previous recommendations said I should eat as much as I like; now I should limit to one cup a day.

Barley used to be “enjoy”, but now I’m supposed to minimize it. Couscous was upgraded from “avoid” to “minimize”.

Wheat, oddly, used to be “avoid” but is no longer on the list at all (though “sprouted bread (wheat)” is listed as “enjoy”)

In their (closed) Facebook group, CEO Naveen Jain claims that the changes are actually not changes, but rather updates that assume you already made the dietary adjustments they recommended originally. So apparently if I had been following their advice since getting my initial results, it’s now time for me to move on to other foods.

Interestingly, Viome no longer thinks apples are a superfood. Although still listed as “enjoy”, that’s a notch less than in the past, and brings their advice slightly closer to DayTwo, who still thinks apples are bad for me. 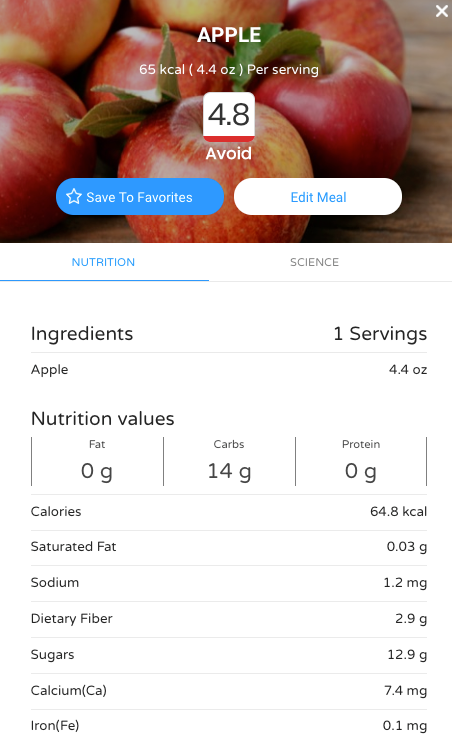 But note that DayTwo thinks it’s simplistic to discuss a food in isolation. Humans usually eat combinations of food, so what we really should care about is the whole meal and not specific ingredients. Here’s what I get when I search for “Apple” in the DayTwo App: 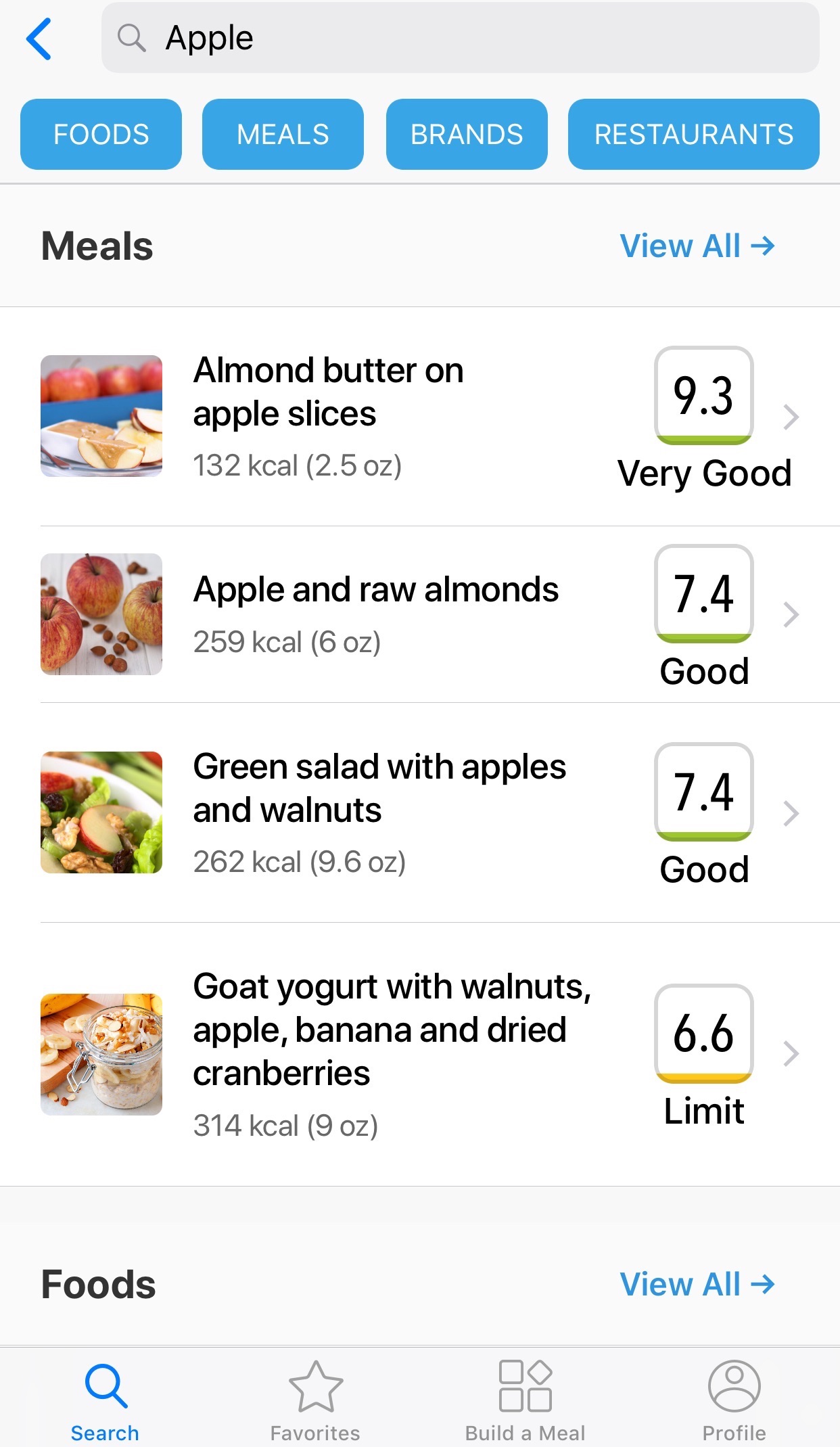 Viome made a few other technical changes: they previously didn’t report archaea, but now they do. It’s possible that they were already using archaea when they computed my recommendations, but it’s nice that they now expose the results to users. My overall percentage abundances of the other taxa didn’t change, though, so apparently the results aren’t additive.

They also stopped reporting the “ideal plate”, which was a summary of which percentage of my diet should come from fats, carbohydrates, or protein. Since virtually everybody had the same result here, I assume they decided it just wasn’t all that useful.

Although it’s laudable that Viome continues to invest heavily in their product, updating my results to include their latest research as it happens, when the recommendations change this much, I can’t help but wonder how useful it would be for somebody to upend their diet based on the results of a single test. Of course, if you believe (like I do) that the best diet is one full of variety, then maybe Viome’s regularly-changing recommendations are – whether deliberately or not – the best advice of all.

You can download the PDF version of my latest Viome recommendations here.