When North Korean leader Kim Jung-un flew to Singapore yesterday, besides his own food and a bullet proof limousine, Korean media reports that he also carried a portable toilet that will deny divers insights into the Supreme Leader’s stools. 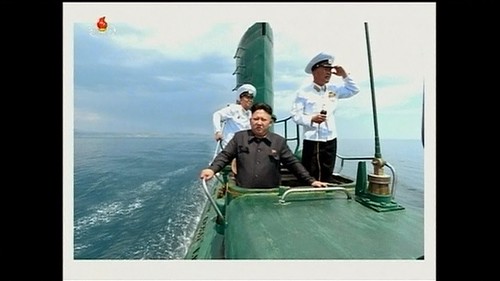 This is not the first time the importance of gut bacteria has drawn the attention of international leaders. During Mao Zedong’s historic December 1949 visit to Moscow, for example, Soviet spies installed special toilets, connected not to the sewer but to secret boxes, in order to harvest the Chinese leader’s poo for analysis.

According to a former Soviet agent quoted in a Russian newspaper, Mao’s Russian hosts gave the Chinese delegation extra food and liquids in an attempt to increase the amount that passed, and Joseph Stalin refused to meet Mao until the analysis was complete. Spying is tough work under any circumstances, and this must have been one of the more challenging assignments, but for reasons they didn’t expect: Mao was used to Chinese-style ‘squat’ toilets, and mistook the fancy porcelain ones for water fountains.

Nevertheless, somehow they managed to collect enough for analysis, with Soviet scientists concluding that Mao had a nervous disposition and had trouble sleeping.

According to the article, intelligence agencies do this sort of all the time, most recently with former Syrian ruler Hafez Al Assad, upon whose death in 2000 was discovered to have been using a toilet that, so it is claimed, was rigged by the CIA.

I don’t think anybody is spying on me, but just in case, I wondered what they might find from my microbiome samples. There are many microbes that have been linked to the brain and personality, but two of the most well-studied are Bifidobacterium and Lactobacillus. You’ll find both in nearly every probiotic supplement (see my previous post about how well they work). Both are associated with gamma-aminobutyric acid (GABA), a well-studied transmitter that affects the brain. Another less well-known one, Oscillibacter is reportedly higher in people suffering from depression. Can I learn anything about my own personality by studying my latest microbiome samples? 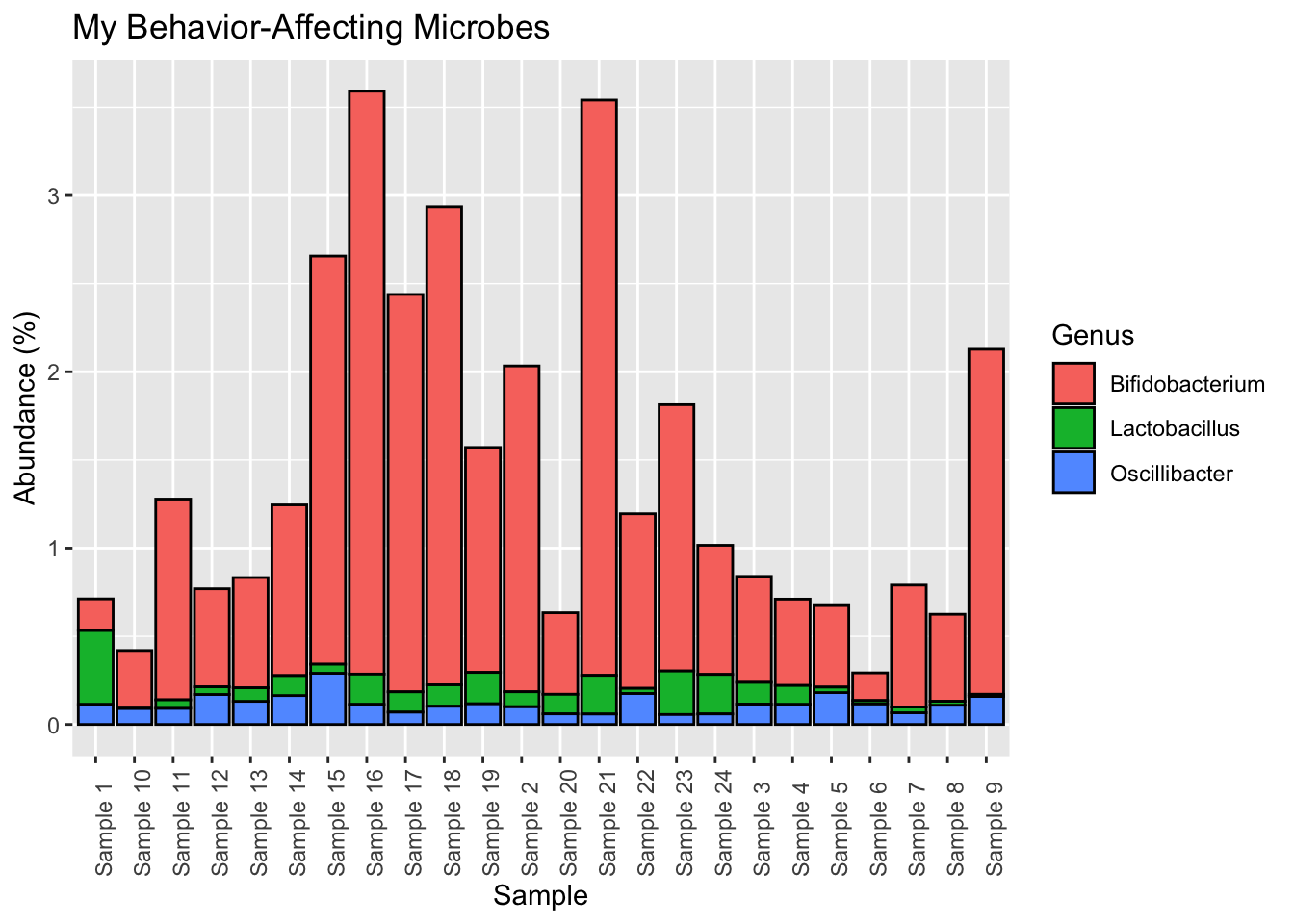 Samples 4, 5, and 6 all seem to have higher Lactobacillus than the others; interestingly, they were taken during my recent low carb diet trial inspired by a microbiome-based dieting product I wrote about for Neo.Life. I can’t think of anything noteworthy about Samples 2 and 4, with their high Bifidobacterium levels. I had been eating some homemade sauerkraut, but that’s unlikely to be linked to Bifidobacteria. The Oscillibacter seems to stay at reasonably stable levels. I’ve felt pretty normal throughout this period, so if there’s a relationship with mood, I wouldn’t expect to see much change.

Having studied a zillion of these microbiome results, from the 600+ I’ve done on myself to the thousands that others have shown me, my own opinion is that any experts at spy agencies will find little of actionable value by simply sequencing Mr. Kim’s microbes, especially if they only have one sample. Maybe they could find a bit of Coprobacter, which blooms when I travel to China, but then you could have learned about Kim’s Beijing trip just by watching the news.

And even if they did learn something about his microbiome, what would that say about his mental state? Without even looking at his data, I can tell you definitely yes, a big summit like this means he is under a lot of stress right now. If an intelligence agency really wants to send divers after Kim’s, uh, evacuations, rather than looking at microbes they might be better off looking for other stuff he may have dropped accidentally.

To me, that’s the bottom line about the state of microbiome science. It’s all very interesting, and I’ve learned a ton from studying my own results and those of others, but don’t get carried away.