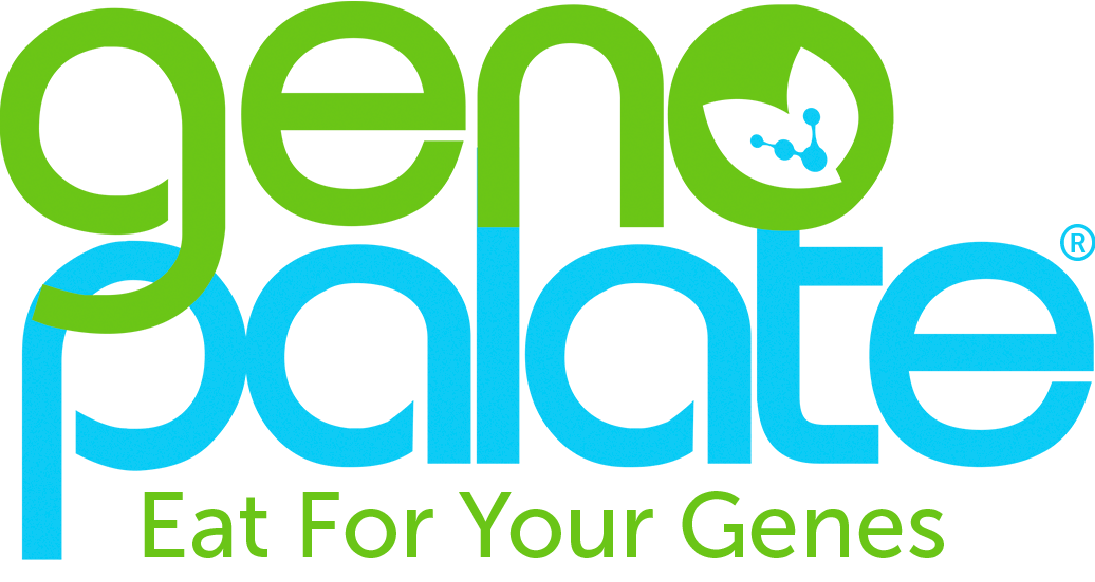 Genopalate CEO Yi Sherry Zhang, PhD studied under famous obesity researcher Ahmed Kissebah (who coined the term “metabolic syndrome”). Her research focuses on the role of heritability in obesity, which implies that knowing a person’s genetics can help identify the root causes for why we get fat. Studies of large populations show that somewhere between 25% and 65% of standard physical traits like body weight or glucose levels are inherited.

Even aspects of eating that you might think are personal choice, like food preferences, are significantly dependent on your genes. And it’s just not the environment in which you grew up; twins raised apart are much more likely to enjoy similar foods than biologically unrelated kids raised in the same family. 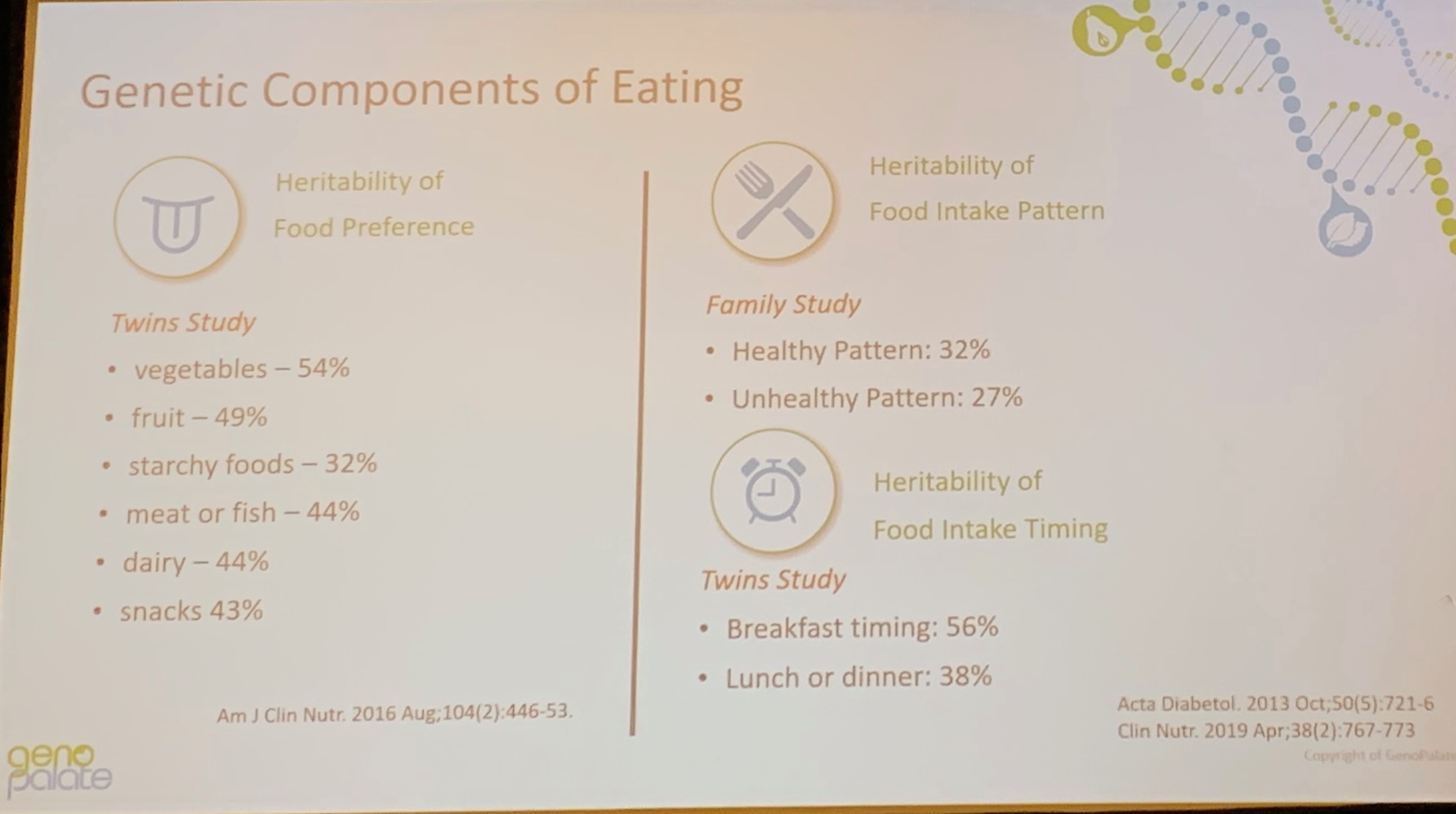 Given these facts, is it possible to tell from a genetic test, which foods are more likely to be good for a specific person? That’s the claim behind Genopalate’s $189 DNA kit: personalized dietary information based on 28 nutrition-related traits known to be affected by 24 nutrients in our foods.

To show how differently these traits are distributed in a normal population, Sherry showed this cool chart that shows how people’s “nutrigenetic” scores can vary depending on the type of fruit. In this example, apricots appear to be good for relatively few people. 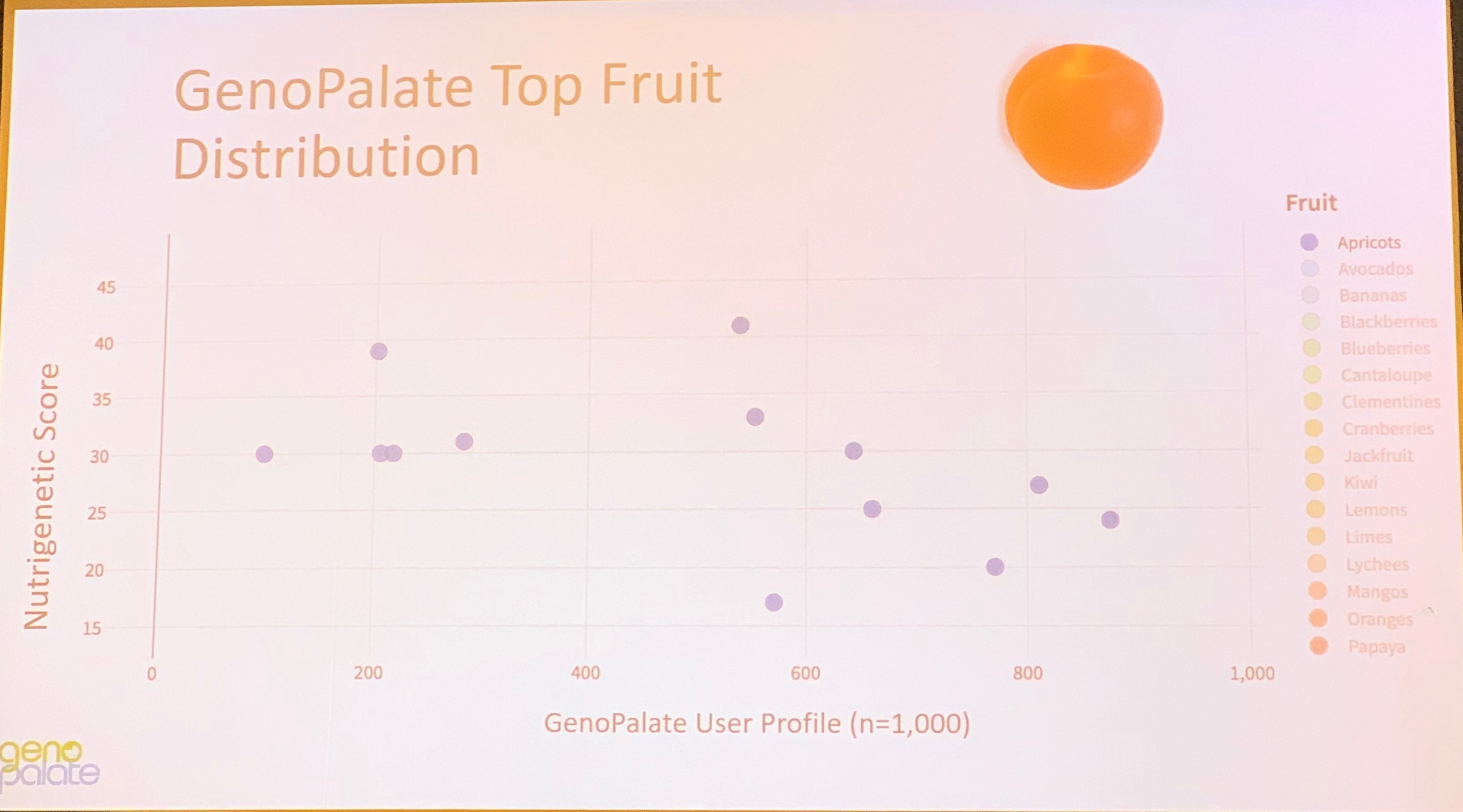 Blackberries, on the other hand, are more widely appreciated by people’s genetics: 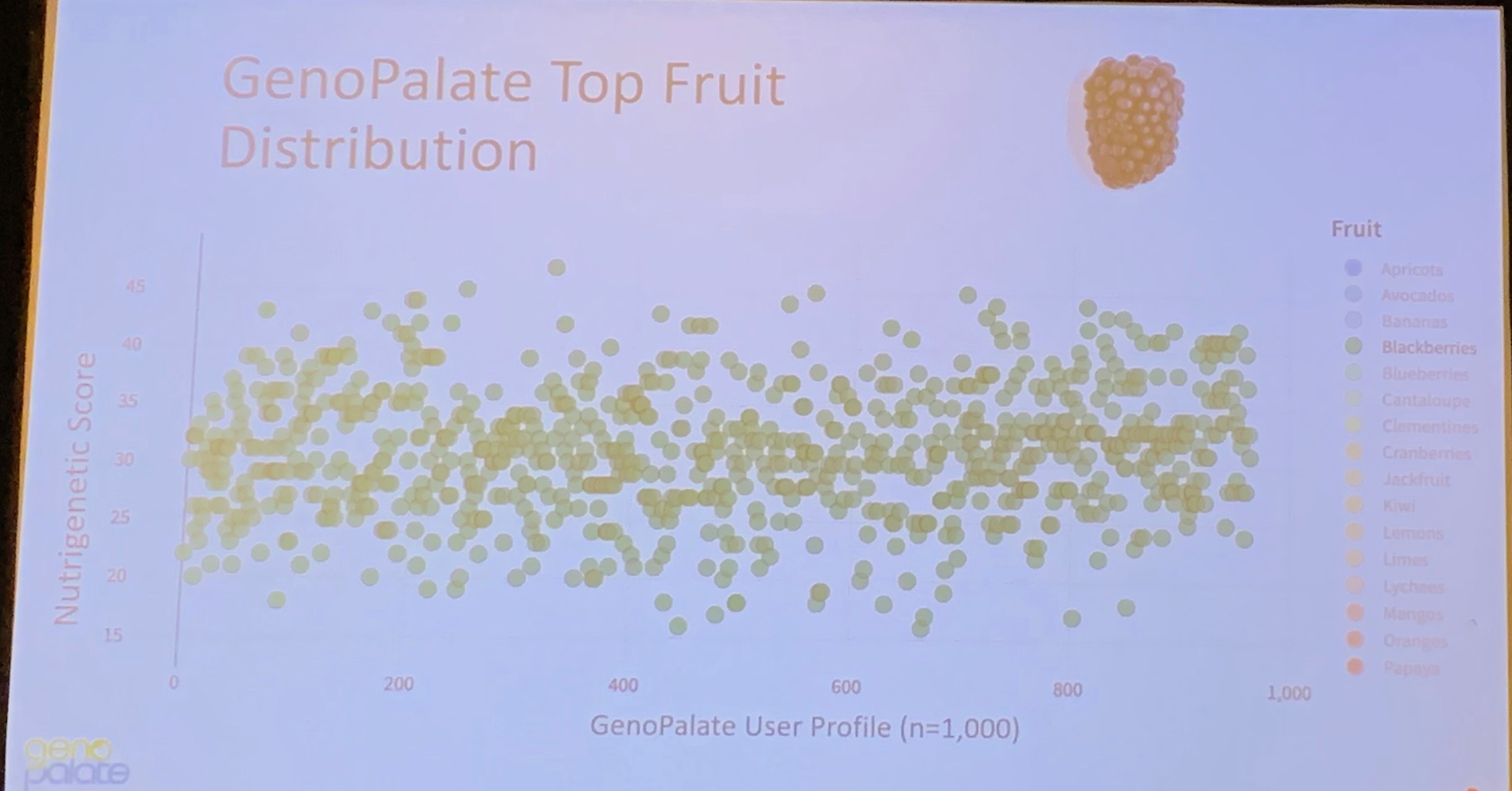 Her research uses data from many highly-cited projects, including the TOPS genome registry and and MRC OB Study. Now Genopalate augments this research with data from thousands of their own customers to show the wide variability among people.

This chart plots the number of people whose genotypes are similar to one another. As expected, it follows a normal distribution, with most people similar enough that presumably they’d respond well on most standard diets. But if you’re in one of the tails of the distribution, your nutrigenotype may be different enough that it’s worthwhile knowing more about your specific genes.

I’ve not tried the service, but I was impressed at depth of the genetic insights offered.