Over the past year I’ve tested a few new products that claim to use information about your microbiome to help decide which foods are good or bad for you. Most diet advice is one-size-fits-all, but everyone responds to food differently. In my earlier NEO.LIFE reviews of tests from DayTwo and Viome I received diet advice that was remarkably precise, and it wasn’t the generic “eat more whole food” that you get from pretty much every diet on earth. The scientists behind DayTwo published a highly-cited study in 2017 that found that, even with seemingly simple foods like bread, not everyone should be eating whole grain.

The theory behind this advice is based on science that shows how your microbiome can make a big difference in the types of foods you digest and whether they turn into fat or something else. As with everything in nutrition, many factors go into whether something is “good” for you or not, but one simple measure stands apart: blood glucose. Food gives you energy because your body knows how to turn it into glucose, a special type of sugar needed by every living thing.

Diabetics know this all too well because, unfortunately, you can get too much of a good thing. Normally, the body secrets the hormone insulin if glucose rushes too quickly into the blood (after a meal, say), but if your pancreas isn’t working properly, the glucose turns toxic – which is why diabetics must carefully monitor their glucose levels, day and night, injecting artificial insulin if things get out of control.

Because so many millions of people suffer from this condition, scientists and engineers keep developing cheaper and less-intrusive ways to measure blood glucose, and one of the most convenient new devices was just approved by the FDA in October. It’s a continuous glucose monitor, a button-sized patch you stick painlessly on your arm (no blood, no needles). Swipe it with an iPhone and you can immediately see your glucose levels.

The Freestyle Libre system that I bought is currently available in the US by prescription only, though in Canada and many other countries you can just pick one up at your local pharmacy. It costs about $70 for two sensors – a month’s supply. If you don’t have an iPhone 7 or later, you’ll also need a $200 reader.

The sensor is easy to apply. It comes with a waterproof adhesive strong enough to wear through the shower, or even swimming. They give you a plastic gadget that you press against your arm with just enough force to push a tiny, hairlike filament into your skin. No needles, no blood, no pain; just a bit of one-time pressure.

After an hour’s wait for the device to calibrate itself, you can start measuring your glucose right off your phone.

How well does it work?

My first question is about accuracy and here I was pleasantly surprised when I compared it against two separate glucose meters. I drank a blueberry-banana smoothie and after about 45 minutes, I pricked my finger and placed a drop of blood into two separate meters. One gave a reading of 111, the other showed 113 – about the same. 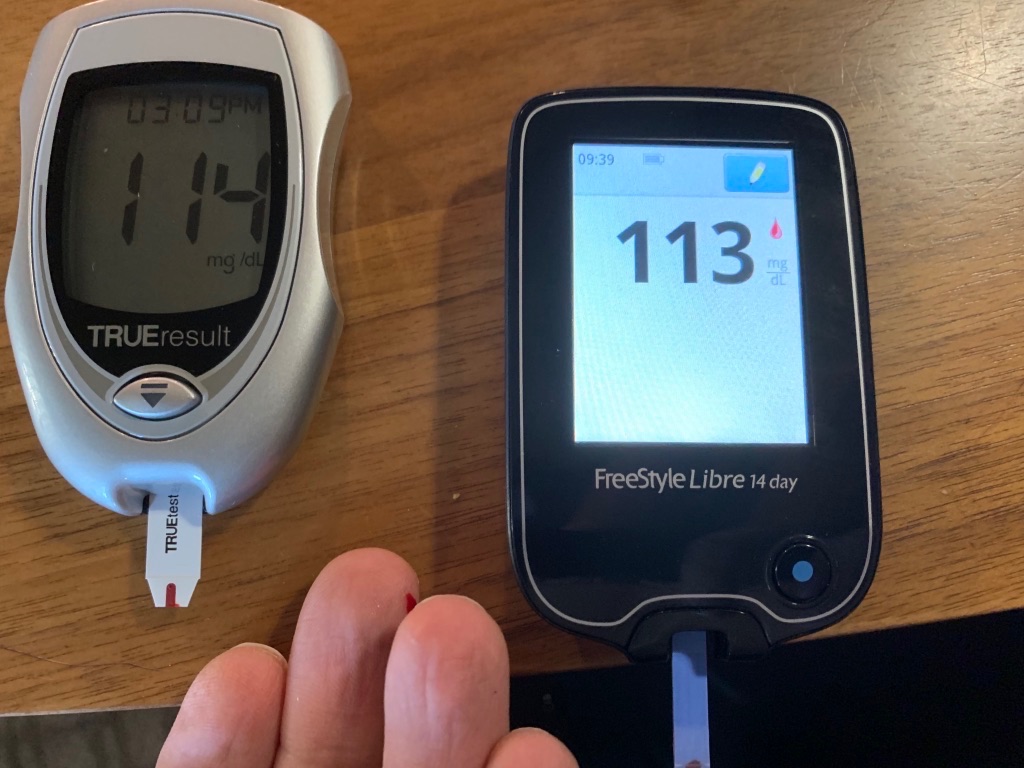 A reading at the same time with the Freestyle Libre gave a wildly different number: 144. But the arm sensor is measuring something under the skin, which isn’t quite as fast to respond to changes as the blood. When I waited another ten minutes, the Libre showed 111.

Here are my results for the whole day 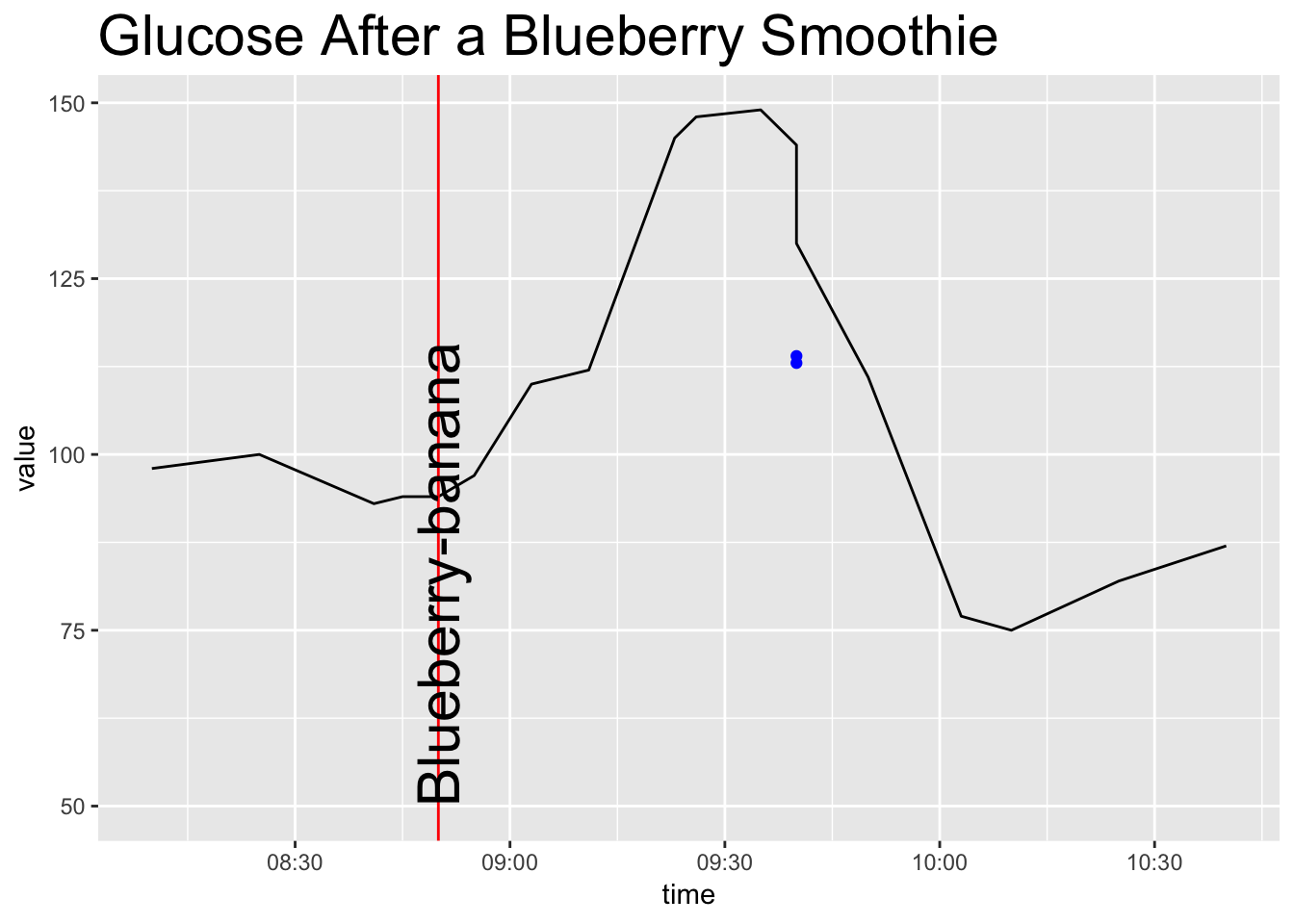 Figure 1: The blue dots are values from the pinprick blood glucose tester.

How does a “bad” food affect me?

DayTwo says instant ramen is really bad for me: 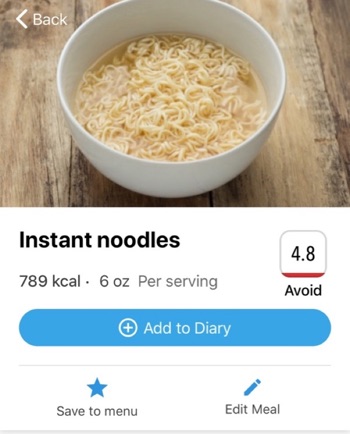 And yeah, if you read the label it’s obvious this ain’t health food, although it does show a little fiber (more than a bowl instant oatmeal, in fact!) But if you’re hungry, the two packs I ate add up to about the same number of calories and carbs as a Big Mac with small fries. And the ramen comes with fibe 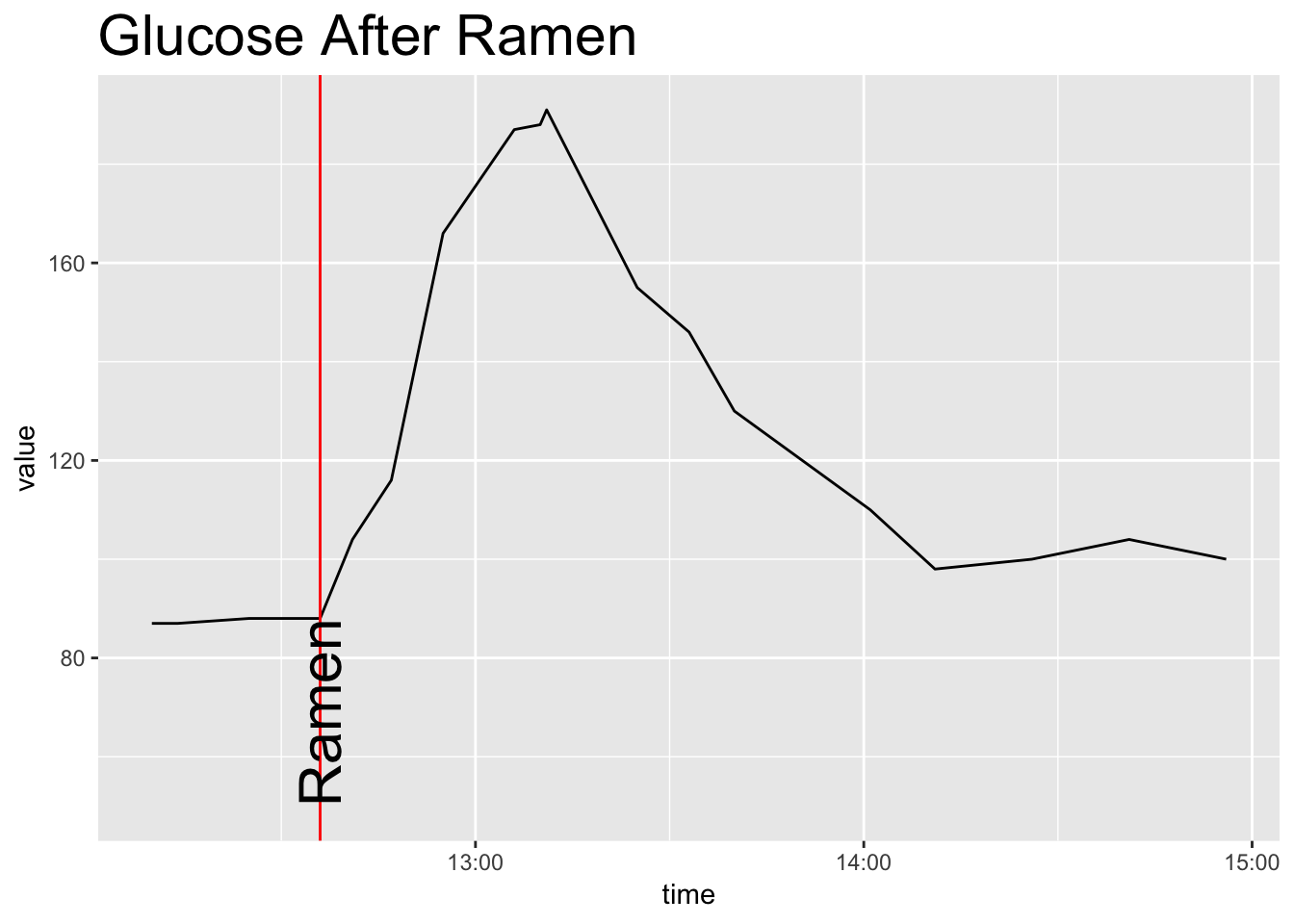 That huge spike is proof that ramen is especially bad for me. I’ve tried several other foods, but never have I spiked so high. Yup,

I said in my original article that DayTwo and Viome disagree about whether apples are good for me. 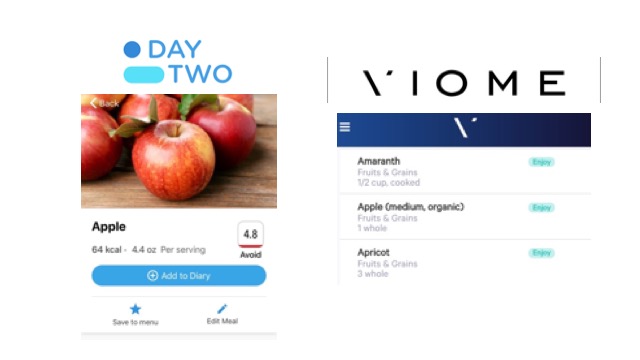 To find out, I ate one medium-sized organic apple on an empty stomach: 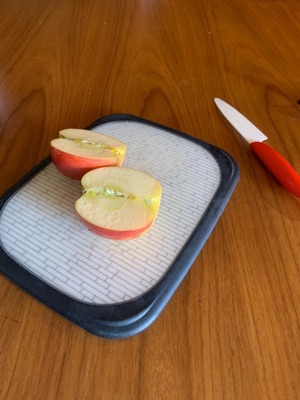 what did I find?